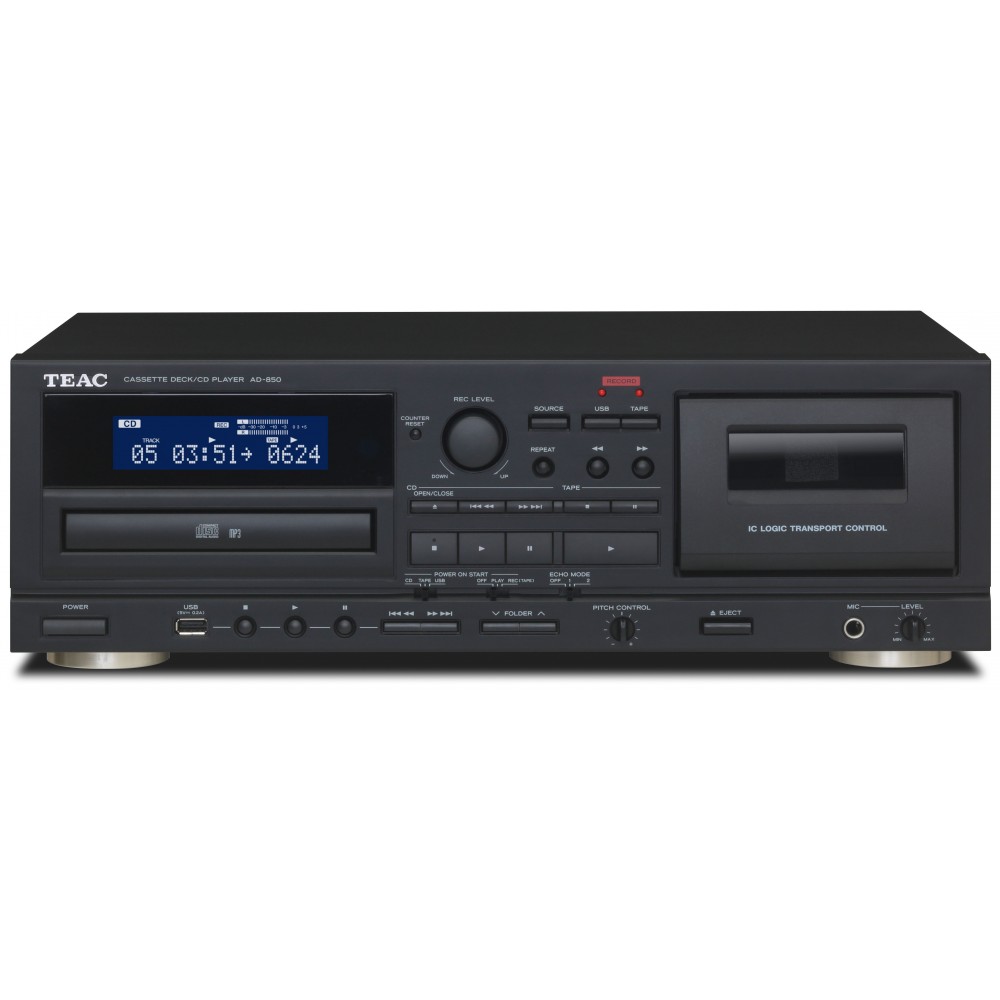 This combined cassette deck and CD player, which can also record to USB flash drives, includes a microphone jack with an echo function that can be used for karaoke